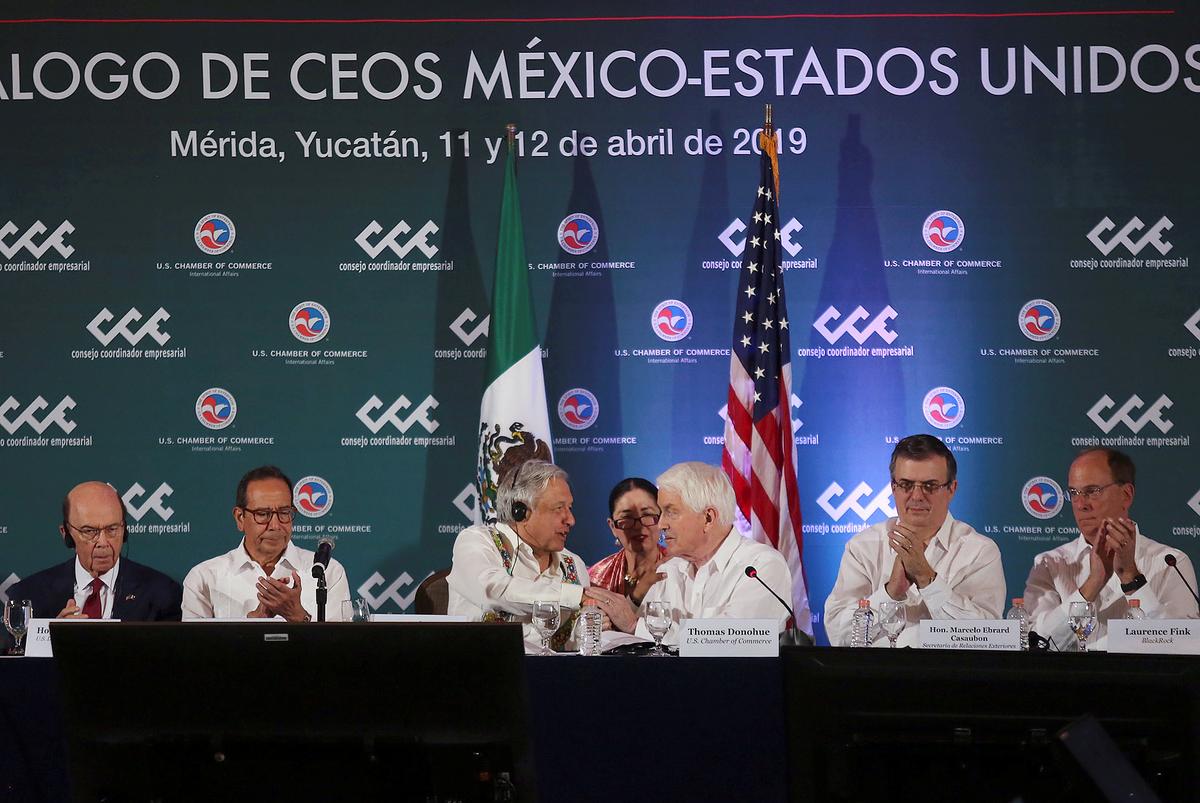 MERIDA, Mexico (Reuters) - Mexican and U.S. business leaders on Friday pushed back against President Donald Trump’s threats to close the U.S.-Mexico border and urged him to drop steel tariffs that have hindered the ratification of a trade deal brokered last year.

At a meeting in the eastern Mexican city of Merida attended by government officials from both countries, business lobbies united to call on Trump to drop his threats to disrupt border trade after days of hold-ups on the frontier.

Describing the U.S.-Mexico relationship as a top priority, U.S. Chamber of Commerce head Tom Donohue told a news conference the United States should exempt Mexico and Canada from steel and aluminum tariffs imposed by Trump last June before its Congress approves the deal struck to replace the North American Free Trade Agreement.

“That is why we are the first out of the gate to warn against the disastrous consequences of closing the U.S.-Mexican border,” Donohue said, sitting next to Mexican President Andres Manuel Lopez Obrador, who warmly applauded his speech.

Mexico is the United States’ second biggest export market, and third biggest trading partner. U.S.-Mexico trade is worth about half a trillion dollars a year.

Mexico and Canada want Trump to drop the metals tariffs before their lawmakers approve the deal agreed in September known as the United States-Mexico-Canada Agreement (USMCA).

Tensions over the border are further hindering the process.

Following a surge in asylum seekers who mostly traveled through Mexico from Central American countries, Trump last month threatened to close the border if Mexico did not immediately halt illegal immigration. His government then redeployed border agents to police the frontier, sparking delays which have cost businesses on both sides millions of dollars.

After Donohue spoke, Carlos Salazar, president of Mexico’s powerful CCE business lobby, weighed in to say he hoped the U.S. government understood the need to keep the border open.

“And let’s not confuse migration problems with trade problems and industry problems,” Salazar said, seated on the other side of Lopez Obrador, who again applauded the speech.